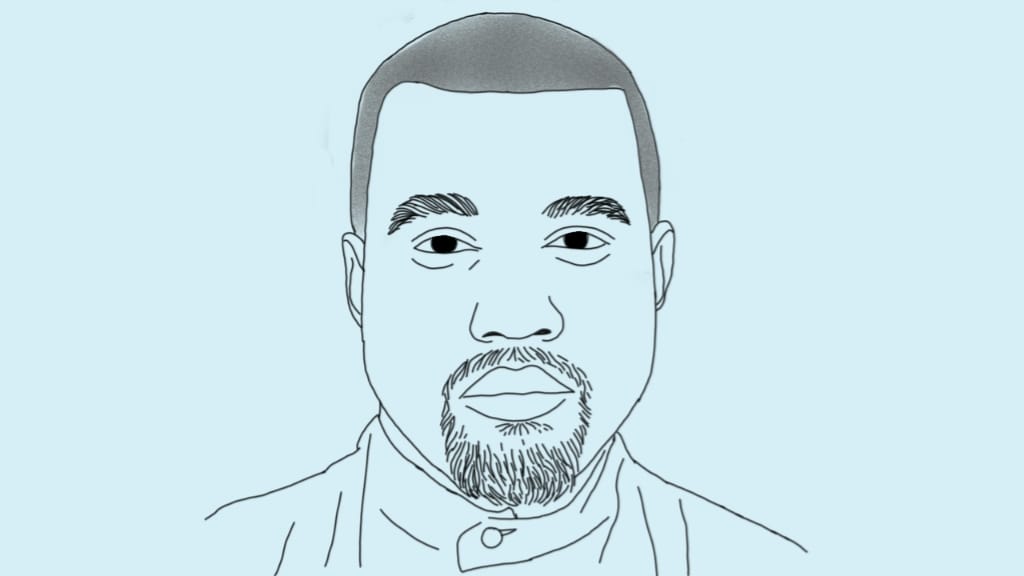 All the best entrepreneurs in the world had one thing in common: they all bet on themselves because they all believed in themselves. Kanye West has no dearth of self-confidence and it was this self-belief that got him to be currently one of the highest-paid celebrities and the richest rapper in the world.

At the age of 44, Kanye West is a billionaire. With a net worth of roughly $1.8 billion in August 2021, the almost-president of the USA is most prominently known for being a rapper, record producer, Taylor Swift interrupter and is believed to be instrumental to the popularity of hip-hop music in the 2000s. With 21 Grammy awards and over 100 million singles sold, West is one of the world’s best-selling music artists. But beyond the music career, he has also shown interest in the fashion industry and business ventures, such as his footwear and apparel brand, Yeezy, which have majorly contributed to his status as a billionaire.

The mercurial star had an unremarkable middle-class upbringing, but cemented his role as a music producer in the 1990s, working with the likes of Ludacris, Janet Jackson, Jay-Z and Alicia Keys, later becoming a rapper after a life-changing car crash. Kanye was fascinated with sneakers even as a child and would idly doodle sneaker designs, only to be berated by school teachers for wasting time. When he got really big, he vindicated his sneaker obsession by designing a shoe with a teddy bear logo for a Japanese apparel company. Later, he happened to be on a flight with the former CEO of Nike, Mark Parker.  As he was idly sketching, he decided to present sketches of shoe designs to Parker and they decided to design a shoe together.

Parker connected West with the person who designed the Air Jordan, Tinker Hatfield to collaborate and by 2009, West was wearing a prototype of the Nike Air Yeezy. However, West felt that he was not getting the same level of respect as Michael Jordan, who was getting paid royalties for Air Jordan. Nike refused to pay West royalties and so, even though sales were increasing, West decided to sever ties with Nike and teamed up with Adidas, their competitor, instead. More shrewd from experience, West placed these conditions for his partnership with Adidas:

i) West would get to retain the brand.

ii) West would get an 11-15% royalty wholesale (for comparison, Michael got only 5% from Nike).

iii) West would get a yearly marketing fee and Adidas would produce and distribute them.

With a brand on his terms, Kanye decided to play this prudently and deployed a strategic model of exclusivity and scarcity to augment sales and brand value of Adidas Yeezy, which diversified to apparel, in addition to shoes. Many believe West is a marketing genius, by rolling out his products in limited numbers and by doing so, it builds hype and sells out instantaneously. He has even capitalized on the fame of his former spouse, Kim Kardarshian by having her wear his collection and be photographed by the paparazzi. He even recruited other social media influencers, such as Paris Hilton, who recreated Kardarshian’s look.

This strategy of direct-to-consumer marketing instead of spending millions of dollars created organic growth for the Yeezy brand. Many say that his marketing campaigns are artistic expressions oozing with creativity, while his strategies of distribution are at a mass scale. In 2020, the Yeezy brand had around $1.7 billion in sales. Kanye thinks of himself as a product person at his core, aiming to create products that would render immense joy to his customers.

Kanye West has also indulged in designing his own lines of clothes at the Paris Fashion Week and has done so twice. In addition to his fashion and business ventures, Kanye also owns various stocks, dabbles in real estate, owning massive properties in the USA, as well as livestock and vehicles. Furthermore, Kanye has a small stake in his former spouse Kim’s company SKIMS, which is a shapewear brand that’s doing really well.

Kanye West’s biggest asset is being a polemicist and making controversial remarks. In 2015, he stated he had around $53 million in debt and asked Mark Zuckerberg, the founder of Facebook, on Twitter to invest in him, but to no avail and yet, it got a ton of attention, which begged the question as to whether he was a kooky individual or a just a genius with a knack for smart publicity stunts. Still, it augmented the enigma of Kanye, which is believed to be why he sells as a name. As far as which direction the future of his ventures is headed, Kanye West seems to know what he’s doing. Despite the constant media battle strife with controversy, West seems to go on, full steam ahead. But then, who said success would be 'yeezy'?

“I think I do myself a disservice by comparing myself to Steve Jobs and Walt Disney and human beings that we’ve seen before. It should be more like Willy Wonka… and welcome to my chocolate factory.”