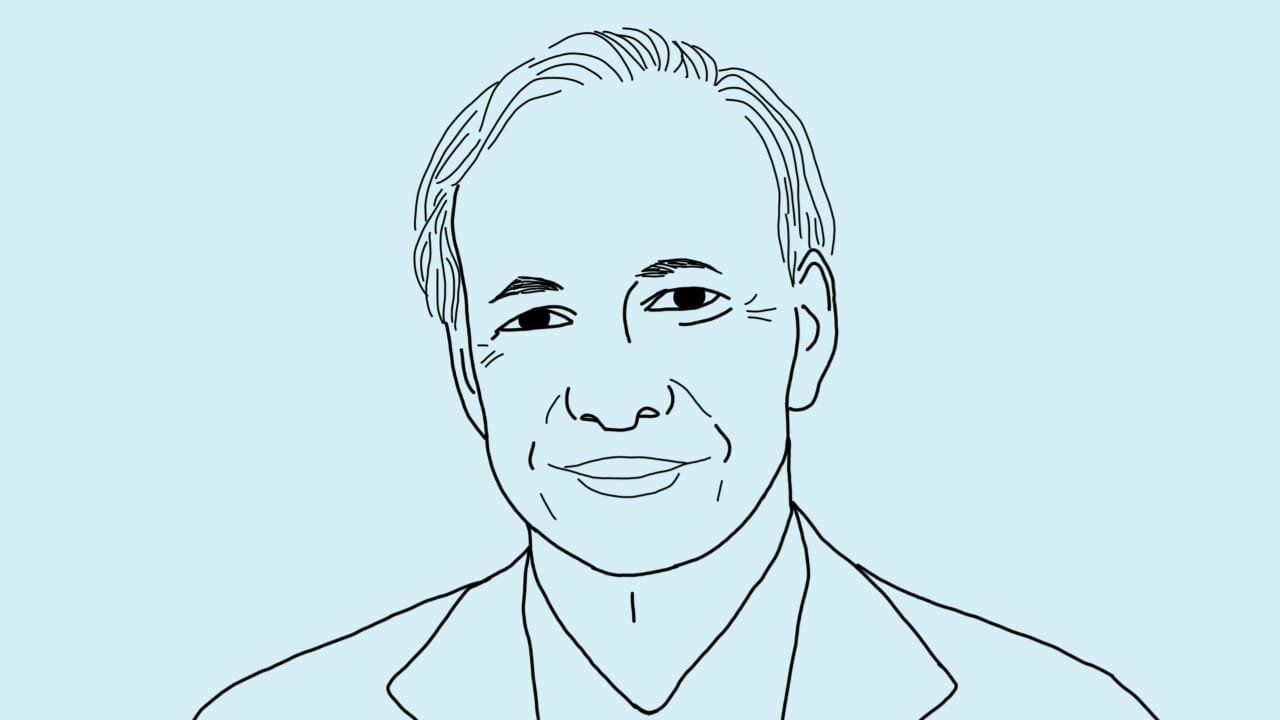 If you have anything to do with hedge funds, it's unlikely that you wouldn’t have heard the name Raymond Dalio, after all, he is the founder of one of the largest hedge fund firms in the world - Bridgewater Associates. As impressive as that is, the hedge fund and its success are, in many ways, a direct consequence of Ray Dalio’s life story, which is even more impressive.

Dalio didn’t come from a lot of money. He was born in Queens, New York City and his father was a musician. When he was 8, the family moved to Long Island. At that age, Dalio didn’t depend on his family for expenses, instead, he took up several odd jobs like distributing newspapers and mowing lawns, a practice very similar to that of Warren Buffett when he was of that age. Dalio would have his first encounter with the stock markets at the young age of 12.

When he was 12 years old, Dalio took up the job of a golf caddy at the prestigious Links Golf Club, which boasted of several high net worth members, many of which were high profile Wall Street investors. He overheard several conversations about the stock markets and his interest was piqued. So at the age of 12, young Ray Dalio set out to buy his first shares. He bought shares of Northeast Airlines at $5 a share with $300 of his own money since they were the only affordable shares of a major company that he could afford. That investment quickly tripled and that was enough to get Dalio very interested.

Ray Dalio continued to invest through his high school days and into college days. However, his investment journey wasn’t always smooth as he learned many hard lessons in the price decline of 1967-1969. This framed one of his major guiding beliefs- “To be a successful trader or entrepreneur, you have to be willing to be ‘painfully wrong’ a lot of times.”

Dalio didn’t exactly have a great academic record out of high school and had some difficulty in finding a college for his undergraduate studies. While he was in college, he continued studying and trading and eventually became a skilled trader in commodity futures and currencies. While his first college may not have been an impressive one, his graduate college surely is. Dalio secured admission at the prestigious Harvard Business School for an MBA.

Before joining Harvard, Dalio took a job on the floor of the New York Stock Exchange. His summers at Harvard saw him trading at Merrill Lynch. Upon graduation, he had no problem finding a job as a trader and worked for Dominick and Dominick before ending up at ShearsonHayden Stone as a trader.

His stint there was a short one as he was fired for punching his department head at a New Year’s Eve party. That would be the beginning of his entrepreneurship journey as he set out to be an independent trader. Many clients from Shearson sought him out after he left.

The (re)-birth of Bridgewater Associates

An interesting fact about Bridgewater is that Dalio had, in the past, opened a small trading firm with his friends with the same name. While that firm didn’t see much success and had to be shut down, he retained the name Bridgewater and relaunched Bridgewater Associates out of his 2 bedroom house at the age of 26. Bridgewater did not start out as a trading firm, but instead as a consulting firm where Dalio leveraged his knowledge of cause-effect analysis to gain several clients. This allowed him to onboard clients like McDonald's and the World Bank. An incredible story by Dalio himself is how he played a part in the launch of the now-iconic McDonalds McChicken Nuggets!

In 1991, Bridgewater began the hedge fund - Pure Alpha which would go on to become one of its flagship funds that runs till date, returning an annualized 18%. It set the foundation for Bridgewater's meteoric rise in the hedge fund world, also proving that Dalio’s principles worked during the recession. In the crash of 2007-2008, Bridgewater was one of the first major firms to recognize that several major banks would fail and exited positions in many of them, including the soon-to-be-defunct Lehman Brothers. While the markets crashed and so did the returns of most funds, Pure Alpha gave returns of 9.5%.

In 2010, Pure Alpha fund rose by 45% or $15 billion. This amount was greater than the combined profits of Google, Amazon, Yahoo and eBay at the time.

As of today, combined with all its funds, Bridgewater Associates manages over $150 billion of funds.

At 72, Dalio currently is worth about $20 billion, as of August 2021, placing him in the category of the 100 richest individuals in the world. He has signed the Giving Pledge, pledging to donate more than half of his net worth to charitable causes during his lifetime.

If all these weren’t impressive already, Ray Dalio is also a bestselling author because of his critically acclaimed book - “Principles by Ray Dalio”. The book shares Dalio’s principles and lessons from life and has been praised by several leading individuals and publication houses.

“I learned that if you work hard and creatively, you can have just about anything you want, but not everything you want. Maturity is the ability to reject good alternatives in order to pursue even better ones.”

Entrepreneurs, traders and business and finance majors all look up to the principles of Ray Dalio today as a guiding light, both in their profession and in life.